Why you should invest into cryptocurrencies?

According to the results of the analyses of the global financial situation at the end of 2016, it was determined that the most profitable object for investment is cryptocurrencies. However, investing into a digital currency features higher risks compared to precious metals and real estate, considering the high volatility of a cryptocurrency market. So is there any sense in investing into Bitcoin, Litecoin, Bitcoin Cash, Ethereum, and other electronic currencies in 2018?

Perspectives of investing into cryptocurrencies The majority of different cryptocurrencies, including the most popular one, Bitcoin, show stable and rapid growth with time. The cost of one Bitcoin in January 2017 was equal $945, and it was 2.5 higher in six months, reaching $2,400, and it showed a sixfold growth in another half a year. In December of 2017 one Bitcoin could be purchased for $15,400.

Aside from the constantly growing rate of currencies, the reputation of digital currencies is also becoming solid, which is proved by the wide range of its application, attempts to create national coins, implementation of Bitcoin as a means of payment in several largest online shops. Technologies providing for the convenient and safe work with cryptocurrencies are rapidly developing, including the appearance of street machines for performing transactions with Internet money. According to the authoritative experts of the financial industry, cryptocurrencies will only strengthen their positions as a consequence of the non-stop appearance of new investors (from various countries of the world, including China and India), who increase the influence of these currencies on the financial market. Aside form it, the global political situation, dollar fluctuations and change of rates of other cash currencies have no impact on the position of cryptocurrencies. This is why there’s no reason to consider the potential of electronic currencies to be worn out.

The market of cryptocurrencies is still considered to be new and actively developing. The majority of potential investors haven’t yet entered this market and aren’t even aware of all the possibilities of this type of investment. This is only temporary, so anyone interested in the idea of making money from cryptocurrencies should hurry. In the upcoming years and month a flood of a large number of new crypto investors is expected which will undoubtedly tell on the rate of cryptocurrencies. The current situation with the flagman of the industry, Bitcoin, is a good example. A large number of BTC coins that can in general be created have already been released and bought (16 million out of 21 million). The attractiveness of this active for the public audience forms demand and limited supply. 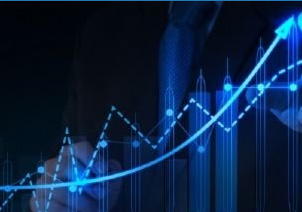 The rate of Bitcoin can grow more if the question of network scaling is successfully solved. This will allow the currency to overcome another retaining factor. BTC users do not fall within the scope of powers of special services and state regulators, which is the case with conventional paper money. Commissions for currency transfers are rare, its storage does not need paying for, each operation is decentralized and not monitored. All these factors ensure a stable and long-term demand for the most popular cryptocurrencies which is why investing own money into digital money nowadays is a modern and thought-out decision.

You need to complete registration page at XXXXX.COM/?a=signup - It’s so easy, registration takes only few minutes. Just fill up all needed lines. You will receive confirmation email 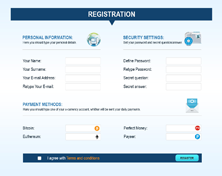 It depends on the capacity you choose. Then higher power, then higher profit you receive from it. 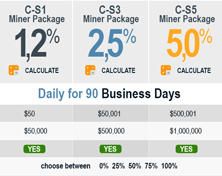 Pay for your GPU Mining Package. You can complete payment with any e-currency that we accept.

When your payment will be confirmed, we will set up your GPU hardware for your account and it will start mining process for you. Your account will be accredited with funds on daily basis, according to your GPU Mining Package. When your payment will be confirmed, the mining process will be started for your account. 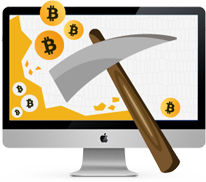 Available funds you will be able to withdraw from your account balance at any time. All withdrawal requests will be processed within 6 hours or less. The process of mining on CPU

The main difference of modern computers from their predecessors is the level of performance, which mostly depends on the technical capacities of the central processing units (CPU). Multithreading due to the increased number of cores, a greater number of operations per second at the expense of an increased clock frequency range, accelerated access to the computer’s memory thanks to the increased volume of the cache are the possibilities that make it possible to use the central processor of a computer for effective mining of various cryptocurrencies.
The initial process of cryptocurrency mining on the central processor is preceded by several consecutive stages.

The process of mining on GPU

The GPY mining of cryptocurrencies involves the use of a special algorithm for the calculation of a code that leads to the creation of a unit of one of the virtual currencies. To mine digital money, especially Bitcoin, a miner might require special equipment, the so-called ASIC-miners designed as a solution of this specific task. GPU requirements
However, to mine other cryptocurrencies, including Ethereum, one can manage with just a graphic processor of their computer. However, not any GPU will suit this task. Long and intensive calculations are to be performed, which is why the graphic processor has to fully meet numerous requirements.

RAM volume
Only devices featuring the RAM of no less than 2GB can ensure the required degree of performance.

The difference between CPU and GPU mining

The effectiveness of cryptocurrency mining mostly depends on tools, in particular, on the equipment used for mining, whether it’s a CPU or a GPU. To understand the major differences of computing the algorithm of cryptocurrency code and find the difference in capabilities of performing mining, one has to clearly understand the purpose and functioning schemes of these two completely different devices. A CPU is the main component of a computer, which also performs the software tasks and synchronizes the activity of the remaining computer systems in accordance with the user commands and various programs. At the same time, a graphic card is a subsystem of a computer designed to process images. However, the functionality of GPU suggests rapid processing of large numbers of repeated operations which is conditioned by the necessity to perform mathematical calculations.

A CPU serves for taking rapid decisions, while a GPU is required to perform repeated mathematical calculations, which is optimally suitable for cryptocurrency mining. The idea of mining is solving math tasks according to a particular algorithm. The more calculations are performed by a user, the more chances of mining cryptocurrency they have. As the speed of calculations has the greatest importance, it means that a GPU is much more suitable for mining than a CPU.

There are also other differences between these two types of processors. For example, a GPU doesn’t require cash memory of a bigger volume, but its inner memory features high speed and higher transmission capacity, which allows to perform parallel calculations and operate a large number of data streams.